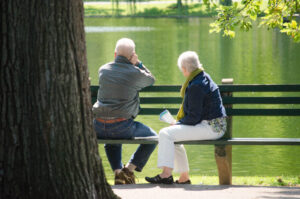 The changes in the brain that cause motor symptoms in Parkinson’s disease spread gradually but in time they often begin to affect mental functions, including memory and the ability to pay attention, make sound judgments and plan the steps needed to complete a task, known as “executive function.” Medication treatment is available for secondary symptoms of Parkinson’s disease affecting mental function, such as dementia, psychosis and impaired executive function.